I decided to run to church, again. This time, I started from the house.

FANS 24 Hours is in less than 3 weeks, so I need to do several things: get used to running on the road a long time, practice running through the night, practice running while fatigued, and improve on eating while running. Thus, Sunday morning's run.


It was an awful run. I over-estimated my abilities, under-estimated the distance.... basically the run from hell.

It took me 6:45 to traverse 32.5 miles. I was late for church. Levi waited for me in the lobby with a car key. Quick change in the back of the van. Back inside in time for the sermon; one of Piper's best as he explained sovereign election in a way I'd never heard before. 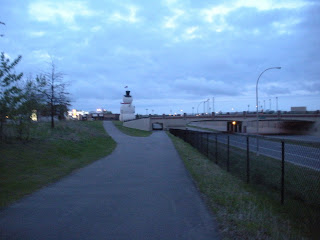 I just found it ironic that I was standing and stretching while holding onto this sign. 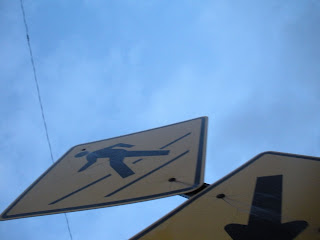 Through an industrial area on the Gateway Trail. 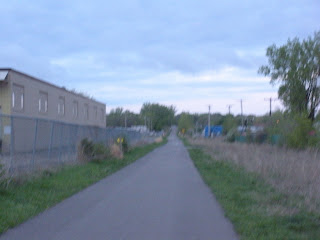 This is what the Gateway looks like for about 15 miles... 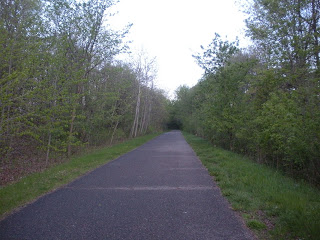 Someplace in St. Paul. I think it's historical. 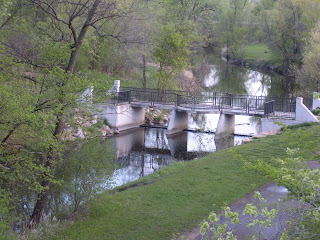 A stone arch bridge in St. Paul. I've seen it many times in the dark, never in the light. 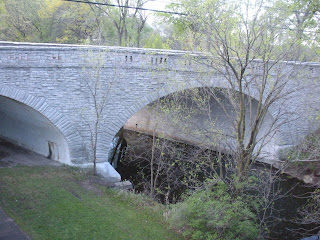 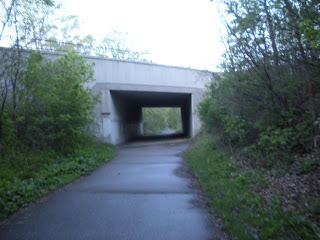 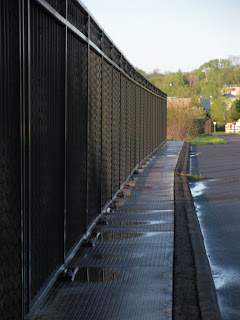 Looking at St. Paul from the 35E Bridge 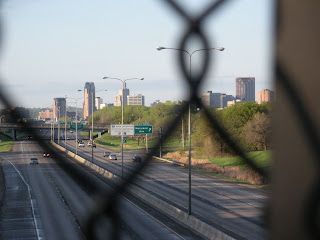 This section of the trail is less than 100 feet from 35E and yet it looks and feels as if running through a dense forest. Do you know where this is? 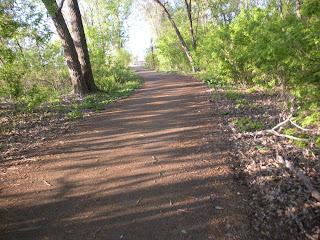 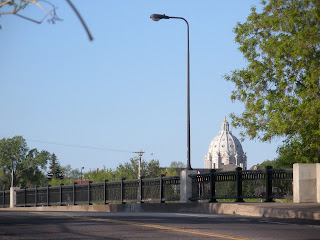 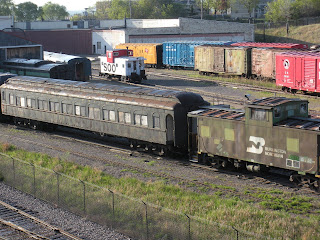 St. Paul. I was really hurting at this point in the run 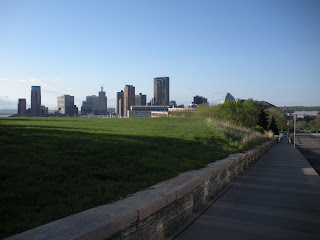 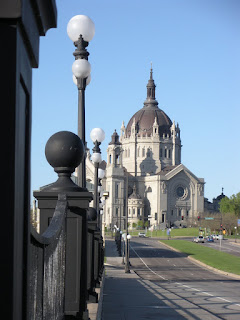 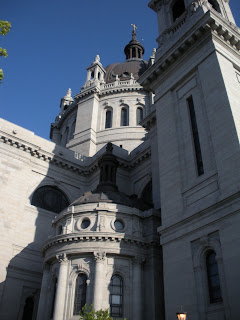 Yes, I did go inside. There was Mass going on. I stunk, was sweaty and got lots of looks. 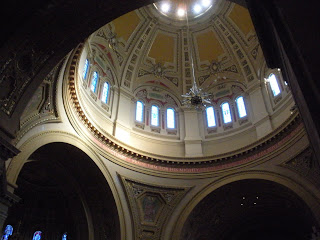 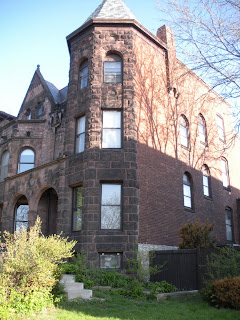 Me at the Marathon distance. Notice the beady little eyes. 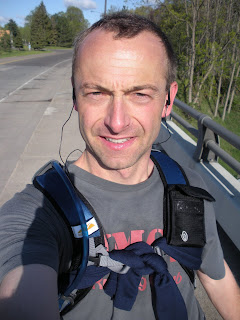 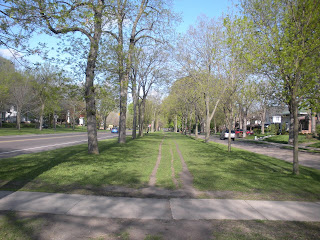 The first two bridges are 1/2 mile from my house. The "historical" one is merely used to regulate the height of water in Keller Creek; it used to have a marker that said it's exactly half way between the equator and the north pole (it's actually about 100 feet south of the 45th parallel). The second one was a WPA project that originally went over a road that ran from Phalen Lake to Highway 61 and became a pedestrian/bike path in the 1980s. I know the gateway trail well, though I never run it.